– Everyone who ever tried to write something

For as long as I can remember, I’ve loved writing. I still remember the joy and wonder I felt when I was around 13 or so, retelling a simple story of a visit to the beach in Durban to watch the sunrise with my best friend for English class in school. By the time I was 16 I had written several complete short stories, a short novel and a full-length novel, and I loved every moment of it.

The only issue was, by the time I began writing fiction of my own, my imaginative landscape was dominated by two threads: fantasy fiction of the Tolkien/Lawhead/Lewis type, and Star Wars. 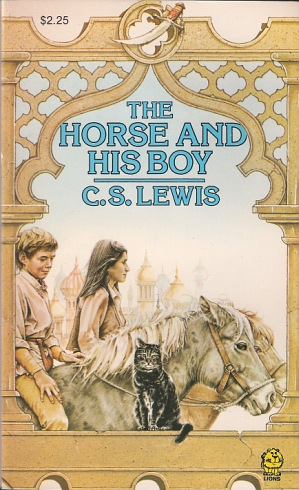 C.S. Lewis was probably the first fantasy author I read, and my respect for his work has only grown as I’ve grown – and as I’ve learned more about him (Planet Narnia in particular is an incredible insight into his genius). JRR Tolkien was also a good writer, but as a creator of worlds and histories he was surely some sort of savant. Stephen Lawhead, meanwhile, took an apparently intimate knowledge of all things Celtic and wove them into richly tapestried fantasy worlds where imagination and myth were almost inseparable. And later on, I was to encounter and re-encounter the exceptional, thoughtful, purposeful prose of Ursula K. Le Guin.

I’m not the sort of person who reads prolifically; I’m the sort of person who finds something he thinks is really good and reads it again and again and again. Perhaps that’s why I never felt able to write any fantasy as a teenager – I had only ever been exposed to true masters of their craft, at the height of their abilities and genius. How could I ever produce anything that didn’t look ridiculous by comparison?

Star Wars, on the other hand, I had discovered at around the same time as I’d been exposed to Tolkien, and immediately there was simply much more room for me to be engaged with that universe. For years I only saw Return of the Jedi, leaving ample room to imagine what had happened before and what would happen afterwards. I had, after a while, some Star Wars micromachines (toys) to play with. Then there were Star Wars computer games which wisely turned their focus away from main characters and peeked elsewhere into the universe: TIE Fighter, Dark Forces, Jedi Knight, X-Wing Alliance – all of these allowed you to occupy the life of someone else in a different corner of the same vast fictional world that you saw in the movies. And in my opinion the best of these narratives were the ones which didn’t connect you in any influential way to the big, important events shown in the movies; you simply didn’t need to be a Mary Sue in the Star Wars universe. Tie-in novels and short story anthologies largely reinforced this.

Perhaps as a teenager who felt out of place in his surroundings, Star Wars offered an alternative world which felt like it could really be lived in. (The fact that I was roped into a Star Wars gaming club with minor roleplay elements by a friend surely contributed also.)

More than that, though, there was also something very similar at work to what I described in my post on EV Nova: the Star Wars universe was just imperfect and imprecise enough that I felt I could write my own stuff in that setting. None of the material was so amazing that it felt out of my league. The ‘Tales of the Empire’ collection which I picked up used at the local library for 50p was imaginative stardust not just because, as above, it focused well away from the ‘real stars’ of the movies, but also because they seemed to me to be just stories written for the sheer joy of writing stories about people in places.

Thus, my efforts went into a copyrighted intellectual property with a niche audience anyway. I left myself nowhere to go, and never wrote anything which someone who wasn’t a Star Wars fan (and I honestly knew very few of them at that time) could look at and say “wow, that’s great! You’re a decent writer and should keep trying.”

It seems very odd to think that all this happened rather more than a decade ago.

Being encouraged by others makes a big difference; Having some sort of fundamental creative impulse that just wants to write got me writing again (and kept me writing in tiny dribs and drabs over the years too), but having a job as a copywriter and a wife who believes in my writing has helped that impulse accumulate momentum and mass to the point where I am making a concerted effort to keep writing and to believe in what I can write. Having some life experience has also given me a tiny bit more… well, I wouldn’t call it confidence as such, but let’s say a tiny bit more belief that I have permission to create my own worlds and settings even if they may not be very good – and I presume that this is another area where practice might result in improvement.

Writing is hard, and I need practice, and I need to do it regularly. I need to let myself write stuff which isn’t great so I can learn to consistently write stuff which is decent, and maybe even learn to write stuff which is good. Star Wars played such a pivotal role in getting me writing back in my teens – it really set me free. It was never really a trap. What was a trap was my own lack of self belief and lack of belief in the opportunities that could be available to me as a writer. What was a trap was my own lack of courage to invest in my own imagination and creativity, even if at first it wasn’t up to the standard I wanted.

I don’t regret not writing much for the last ten years. I’m not sure I would’ve produced much of interest. But I do wonder where I could be at with my writing and personal satisfaction if I’d had that belief to start with.